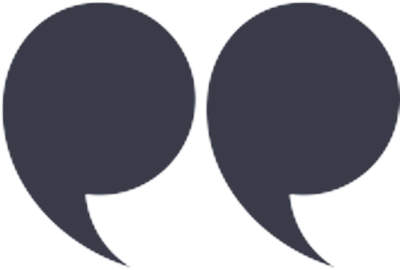 Shellie and I recently tried a case together that was an uphill battle to say the least. She helped tremendously. She has a brilliant legal mind, and is tenacious and ardent as an advocate when needed to be. I endorse her without reservation, and hope to work with her again soon.

Shellie is currently my lawyer, as my case has not yet been resolved. She was appointed to me by the state, and I really feel like I got incredibly lucky in getting her. While I still have a long road ahead of me, she has been in constant contact with me, answering all of my questions very thoroughly. I don’t feel at all like I have to worry about a lot of things, as Shellie is handling everything so well. She has even brought up some concerns that I didn’t know enough to be concerned about. Regardless of what the outcome of my case ends up being, I will know that Shellie did everything in her power to help me to the best of her ability.

Shellie was co-counsel for my DWI case in Collin County. My roadside videos weren’t very flattering, nor was my police report. However, Shellie’s keen eye spotted things that were wrong with both, ranging from how windy it was that day, the fact that massive 18 wheelers got very close to me (unsafe conditions), to how some of the statements the police made in their report just did not match my video. She also did a great job of humanizing me to the jury, as she pointed out that I am a hard-working law student who had lived in the community with his family for almost 20 years at the time of my arrest. She deftly cross-examined some of the state’s “star” witnesses to point out the holes in their stories, and when I took the stand, she did everything in her power to make sure that all of the information I had been waiting to tell everyone came out. She also highlighted the fact that I have a knee problem, that at the police station the arresting officer AND the phlebotomist BOTH complimented me on being very cooperative, cordial, and nice. Furthermore, she made sure that I explained why it may have taken me too long to read the statutory warning in the Plano PD’s intoxilyzer room. Even when I was obviously nervous giving my testimony, she was able to tactfully coach me through such a high-pressure moment, so that I did not lose the 6 members of the jury. Even though I am a law student, I am not that well read on criminal procedure, nor the rules of evidence, so during the trial when I had any kind of questions, she was able to take the time to thoroughly explain such tough concepts to me. Shellie has a knack for detail, something that I noticed right away, but her friendly demeanor and knowledge of the law DEFINITELY helped me out tremendously. I don’t think I could have been acquitted if not her. Speaking of, during the nerve-wracking hour where the jury was deliberating, Shellie kept me calm by giving me her observations/insights of the trial and jury. She skillfully intermingled this with advanced advice on how I should go about the rest of my law school career. She also made sure to calm me down by telling me that, generally speaking, the longer the jury takes to deliberate, the more likely they are to come to a not-guilty verdict. She also told me to pay attention to how they re-enter the courtroom, because if they made eye-contact with me, then the more likely it is that I would get an acquittal. Furthermore, Shellie gave me critiques on everyone’s performances during the trial, including the state’s attorneys, my lead counsel, herself, myself, the judge, and all of the witnesses. This prompted me to ask her a question about presentation style and how a future lawyer like me can connect with the jury during any potential closing statements I would make. Although Shellie had her opinions, she knew right away that I really wanted to know what the jury though. More specifically, I wanted to know which attorneys the jury preferred, what exactly they liked about them, what presentation styles they enjoyed, and what they didn’t like. As the defendant in the matter, I was not able to ask the jury these questions myself, but Shellie, also curious, was able to ask them for me and gave me a brief rundown of everything that was mentioned. I know that I am rambling on, but as someone who HEAVILY used AVVO to hire the right attorneys for this life-altering occasion, I know what it feels like to be lost, confused, angry, hopeless, and even a little despondent. If there is one thing you should take away from this, then it’s that Shellie is a ROCKSTAR attorney and will whip out her bag of tricks to help you out in anyway possible. She was reliable, professional, and insightful every step of the way, from voir dire, to striking of potential jurors, to cross-examination of witnesses, to appealing to the jury, to allaying my MANY concerns, and finally to just being a busy law student. I highly recommend her. THANK YOU SO MUCH Shellie!

Shellie was EXTREMELY responsive 100% of the time and busted her butt in my defense. The legal system in Allen, TX is TERRIBLY corrupt and COMPLETELY unfair but she navigated through it all like the professional that she obviously is. Her fees for service were VERY reasonable, as well. I couldn’t be more happy about hiring her.

I met Shellie Stephens by accident and it was a very fortunate meeting indeed. We worked together – at her suggestion – in a very difficult case and she was a huge help in dealing with the court, in dealing with a challenging client, and in doing the legal research that made our presentation to the court effective. She has an excellent head for the law, a good set of “people skills,” and she is an excellent lawyer. I recommend her very highly.

You are sharp … you were born to do what you do … I just read the draft and my head is spinning you were able to articulate exactly what I experienced so eloquently.

You are dynamic—I love it!
You waste no time.

Shellie was relentless in her approach to her work. She consistently offered extremely helpful and creative suggestions, superb organizational skills, a mastery of the facts, and outstanding legal analysis of the issues.

Shellie is exceptionally well organized and clearly self-motivated and directed. She was able to quickly take a case of over 40,000 pages, master it, and provide critical assistance to us. It was clear by the time she had to leave our work that she was accepted as an equal by attorneys who had years of experience litigating these cases.

In thirty years of watching both students and lawyers in family court, I have never seen a student or lawyer with a more professional and comfortable demeanor and rapport with both client and judge.

Ms. Stephens’ most outstanding asset is the demeanor she has with her clients: she listens to her clients, explains things to them in terms they can understand, and keeps in good contact with them. She receives only glowing evaluations

Thank you again for the help you provided to me. This would not be resolved without your excellent work on my behalf. I know I got the best outcome possible under the circumstances.